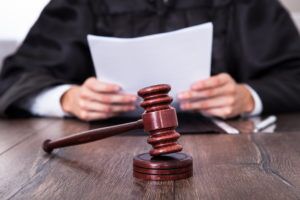 Typically, a lawsuit involves a dispute between two or more people or organizations. It is a legal action that requires the court’s approval and can be filed by individuals, businesses, non-profits and even government officials.

The legal process of a lawsuit varies from state to state and jurisdiction to jurisdiction. The details of the procedure are constrained by statutory laws and constitutional provisions.

There are two stages to a lawsuit: discovery and trial. In the discovery phase, the parties exchange information and evidence in order to better understand their claims. The trial phase takes place in a courtroom. Each party presents its case and witnesses to a judge or jury. The jury renders a decision.

A lawsuit is generally based on torts. These include trespassing, battery, negligence, intentional infliction of emotional distress and product liability. The remedy may involve monetary compensation or non-monetary equitable relief.

A civil lawsuit is a civil legal proceeding in which the plaintiff files a complaint against the defendant. The complaint sets out the facts of the case and requests a court order or injunction. The defendant responds by filing an answer. The answer admits or denies the allegations in the complaint, but it may also contain additional facts.

A lawsuit can be appealed. A party can request a new trial or a remand of the case to the lower court. In some cases, the parties can settle at any time. Other times, the case will continue to progress.